Henderson Nevada is one of Money Magazine's 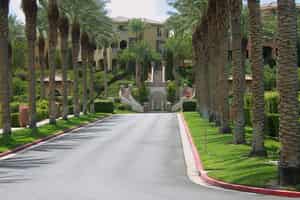 Best Cities To Live In.  Discover Henderson Las Vegas homes for sale and real estate market trends.  Find new listings, scheduled open houses, recent solds, and price reductions in Henderson Nevada. To adjust how your search is displayed, click the gray arrows next to "Sort" to display houses in Henderson Las Vegas by price, number of bedrooms, or days on market.

If you would like to know more about any of these Henderson Las Vegas listings, just click the "Ask A Question" button when viewing the details of the property. We can provide you with past sales history, dates and prices of homes recently sold nearby, and more.  If you'd like to take a tour, click "Schedule A Showing."

Set up and save your own custom home search by clicking the starred "Save" button to register for a free account so that you can receive email alerts whenever new Henderson houses come on the market.

If you want to live in Vegas but don't want the hustle and bustle, Henderson, Nevada is a great city. Here's everything to know about Henderson real estate.

Henderson, Nevada is one of the nation's best cities to live.

Don't take our word for it — you can see for yourself by reading the countless articles dedicated to Henderson's wonderfulness. And here's another.

There's the prime access to the outdoors. The close proximity to Las Vegas (without having to live in the hustle and bustle of it). The excellent schools, appreciating Henderson real estate. Population and job growth.

Can you imagine working in a town so flourishing? Raising a family near such acclaimed schools? Walking accessible trails both easy and strenuous, depending on your mood?

If not, you will by the end of this ode to a fantastic city.

There are many reasons to consider a move to this town — Nevada's second-largest and its highest-rated.

But as we said, you don't have to believe us. Believe the countless residents who have opted, time and time again, to sing its praises.

Before we get into the nitty-gritty of why Henderson is calling your name, let's look at some general numbers. Ones that provide a very promising outlook.

Henderson was awarded the title of "Best City to Live in Nevada" as recently as last year!

Some cited reasons such as access to entertainment and the outdoors. Others mention the casinos (gambling!), public pools (refreshing!), nature trails (exciting!). Not to mention the museums and history found there.

All that is well and good. But are there any substantial numbers you can appreciate?

In fact, there are!

This city, the second-largest in Nevada, saw a 13% population growth. That was coupled with its 2.5% job growth. And this all happened since 2010.

Not only that, but its expansion shows no signs of slowing down. Experts predict that the area's jobs will increase an astounding 9.6% in the next four years.

That's excellent news for — well — everyone.

If you're a parent, this gives you a better opportunity to give your child what they need, what they want. It allows you the freedom to explore the beautiful landscape that surrounds you. (After all, you won't need to stress as much as you would if you were desperately job hunting.)

If you're a young adult looking for a change of pace, change of location, change of career — you have options. Additionally, your choices will steadily grow by almost 10% in the next few years. Those are the words anyone wants to hear.

Keep reading for more fascinating info on this famous town.

Henderson has no lack of excellent primary and secondary schools. And within those schools are dedicated teachers set on making their students successful.

Nevada, in general, has only seven schools with a 100% graduation rate. That alone is an impressive feat. And Henderson, Nevada, sees at the least a 75% graduation rate for high school students, giving parents and students strong odds.

Not only that, but they boast a smaller student-to-teacher ratio. The national average sits at about 26.8 pupils per teacher.

In Henderson, however, that number is only 20.9 students per teacher. That's a nearly six-kid difference compared with the national average.

That number is nothing to scoff at.

Imagine your child raising their hand in a packed classroom with a teacher too busy to respond. In Henderson, the odds that your child is getting the attention they deserve — and need — is much higher.

This can mean the difference between flunking or excelling. Feeling appreciated or feeling ignored. Getting answers or getting nothing.

And you won't be at a loss for options, either. Having one of the most diverse school districts in Clark County, Henderson hosts more than 320,000 students — making it the nation’s fifth-largest school district!

These impressive numbers spill out of the schools and into everything else, as well. Henderson boasts many statistics that are higher than what you'd get elsewhere.

Keep reading to see what we mean.

With the influx of new residents in the area comes continual construction of new homes, too. Your odds of finding a brand-new, modern home of your dreams are high (no outdated, overpriced shacks here!).

And based on your income, the prices range from low to high, giving everyone an option. While the median home price sits at about $300,000, the options stem far below and beyond this number.

Plus, that number is actually lower than the national average! In June of this year, the median home price nationwide sat at $310,400. And who knows if that featured all the fantastic perks that Henderson, Nevada has to offer!?

According to research from BestPlaces, who helped put this award-winning city on the map, home appreciation in the last decade has been a formidable 12.05%.

Another crucial reason people are flocking to Henderson to buy their homes?

Henderson, Nevada enjoys one of the lowest tax burdens in the entire country. Because the city derives so much income from casinos, entertainment, and liquor sales (47% of the state’s general fund revenue, to be exact), residents are spared the costly extras.

Additionally, they pay no income taxes to their state, county, or city government. These remarkable low taxes are one of many reasons to purchase a home here.

With more than 20 suburban developments, like Inspirada, MacDonald Ranch, Green Valley Ranch, Lake Las Vegas, and Sun City Anthem there's also plenty to choose from. Each development features bike paths. Lakes. Golf courses. You name it — you got it.

Henderson real estate has what you need. What you want. What you deserve.

It's up to you to come and get it.

So, we already know the job market in Henderson is booming. But what kinds of occupations are they offering up to their residents?

You can be anything from a real estate assistant to an in-house concierge at a prestigious hotel. Henderson's currently looking for corrections officers, cannabis packaging techs, dentists, graphic arts tutors. Try your hand at early-morning stocking or being a game designer!

It's worth reminding readers again about the 2.5% job growth in the last nine years. Combine that with 9.6% projected number of jobs in the next handful of years, and you'll see no lack of opportunities.

Additionally, the median income sits between $63,830 and $80,000 — an impressive salary. Use that money to build or buy your new home. And spend the extra on high-quality cuisine.

Let's take a bite out of that next.

A wonderful home life is essential. Great jobs and schools are crucial. But at the end of the day, great food and drink options are important.

You gotta eat. And when you do, make it enjoyable. Luckily, you won't have to overthink this in Henderson.

(There's nothing worse than having to think too hard about where to go for a quick meal.)

Your daily life can, and will, revolve around eating and drinking high-quality meals and beverages. Henderson, Nevada consists of a bunch of foodies and coffee lovers — and that's great news for residents and tourists alike.

Don't believe us? Just read the street signs of this one block:

Whoever developed that neighborhood must have had one too many espressos — if that's even a possibility.

And when the clock shifts from AM to PM, there are options galore for brewery lovers, too.

Hit up a casino bar that offers the largest selection of micro-brews at the aptly-named 32° Draft Bar. Play darts, Nintendo, or Cards Against Humanity while sipping suds at Bad Beat Brewing. Or munch on fish tacos with your drink at Hi Scores Bar-Arcade.

And you won't have to leave the neighborhood to find a delicious dinner, either. With everything from gourmet hotdogs at The Steamie Weenie to a chef-inspired menu at Todd's Unique Dining, you won't get bored.

Imagine waking up every day to a massive landscape that's begging for your exploration. Working in a quiet, peaceful place — but having the option to get crazy in Sin City if you so please. Drinking renowned, locally-roasted coffee every morning to get your day started.

There's a reason Henderson's city motto is "A Place to Call Home."

You'll have to come and see for yourself.

Let us guide you there, connect now to see how we can get you settled into your new, beautiful home quickly.

Have a Question or Want a Free Market Report?

Have a Question or Want a Free Market Report?